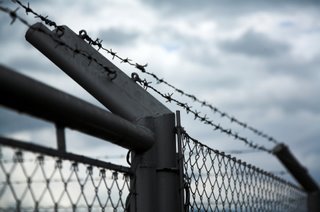 There is no room for gray-area in the American debate. I’ve been thinking about this quite a bit with the election season approaching, and I’m sure we’ll see it in evidence every day soon. It’s one of the greatest issues in our society and we may come apart at the seams if we don’t rectify the situation soon.

Two primary forces are at work:

The first is that we wish to avoid choice paralysis. It’s much easier to make a binary choice than to choose a point on a spectrum. I spoke of this phenomenon in the Predictable irRationality post. It’s much easier to fall on one side or the other of the abortion debate than to resign to the fact that the issue is much too complicated to legislate (which is where I sit, for the record). When presented with a confluence of choices, we will choose the easiest (or default) position. The extremes resonate the loudest, so those are usually the default positions.

Second, those that stand to benefit from us choosing a position benefit by creating a polarized choice field. What I mean by this is that it is hard for a politician to use the abortion issue to get my vote, because they would have to take a complicated stance on the issue. It’s much easier for them to define the decisions as for or against and know that they will get whatever percentage of the constituents fall on that side of the line.

In order to capture even more of the vote, the “think-tank” types are always looking for ways to push the decision line farther toward the other pole. I call this “Intellectual Gerrymandering.” You can see this in the way the abortion debate has evolved over the years. Initially, if you remember, it was “pro-life” vs. “pro-choice.” Somewhere, some strategist began to infiltrate the media with the term “pro-abortion.” Even NPR uses this term now (and I can’t think of a media outlet further to the left). So what they’ve done is create a situation where you must be for abortion if you are not pro-life. I don’t know many people who are for abortion… But, you see my point.

How do we remedy the situation? I’m not sure… We’re faced with so many complicated day-to-day decisions (Which deodorant should I buy? Which of the 900 television channels available to me should I watch? What website should I go to?) that we have little in the way of mental resources left to devote to making complicated decisions on complex issues.

It’s funny… I imagine the growing pains we’re experiencing now are similar to the ones faced at the advent of religion. Initially, all choices are open: you say the universe was hatched from the cosmic egg laid by the great firebird, I say the great bear shit us into existence. Then, as we searched for common ground, we fought to make our beliefs get adopted. Similarly, we moved from a polytheistic world to a primarily monotheistic world (because it’s easier to align yourself with one God than to choose one from many).

I’ve long thought that the power of myth (apologies, Joseph Campbell) is that it serves as a sort of cultural contraction for concepts to complex to grasp in their naked form. Faced with our current dizzying array of choice sets, we could use a framework against which we could evaluate all our choices. We would surely benefit from a new mythology emerging to help us make sense of our world. The new myth-makers will be able to harness the power of the technology in much the same way the shamans would “harness the power of nature.” I hope that this mythology can be uncovered by someone whose self-interest is not served by getting us to believe it.

We’d best act fast, however… While myths used to evolve at the pace of changing seasons, it now evolves with the speed of network transfers.