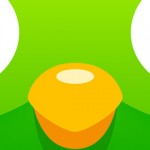 It has long been my ambition to learn foreign languages, but to do so using the wrong accent. For instance, I've always wanted to learn Spanish with an Australian accent:   Along comes Duolingo to help make my dreams come true. Duolingo promises free language education for the world and has some really great tactics for delivering on that promise. It's … END_OF_DOCUMENT_TOKEN_TO_BE_REPLACED 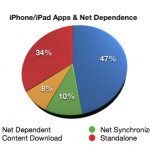 A friend of mine is co-owner of an iPad. That's right, he shares it with a friend. While he doesn't have primary custody, he got naming rights and calls it "Paddington." Even though I called him a 12 year old girl, he offered to lend the iPad to me for a few days (after clearing it with Paddington's mom). As he handed it over to me, he said, "Without the internet, this … END_OF_DOCUMENT_TOKEN_TO_BE_REPLACED