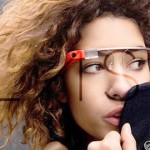 Google has received a bit of press for it's announcement that its product, Glass, will be manufactured in the US (at least early runs). Google held a competition called #IfIHadGlass to identify eager early adopters. Winners will get the "chance" to pay $1,500 to get their hands on the product before the general public does. There are several reasons Google probably wants to … END_OF_DOCUMENT_TOKEN_TO_BE_REPLACED